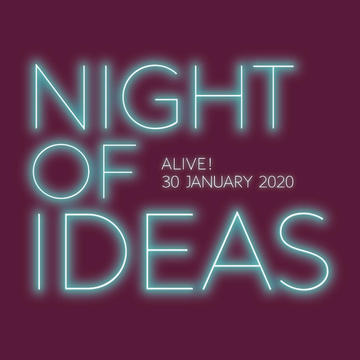 Launched by the Institut français in 2016, the Night of Ideas is a project staged simultaneously in Paris, London and worldwide.

Crossing French, British and European perspectives, this new edition will engage audiences in free debates with the theme ALIVE as the common thread to tackle the latest ideas behind issues central to our times.

What does being alive mean today? Some say we’re on the brink of extinction. Some say we can build a new man. At a time when nature is threatened and technology seems all-powerful, let’s question, collectively, the borders of our humanity and rethink what was once taken for granted.