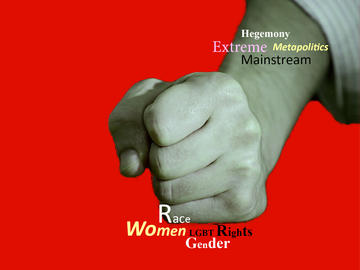 The election of Donald Trump in 2016 in the United States and the weight of various intellectuals and activists united under the label 'alt-right' in his campaign and during the beginning of his term of office, the unlikely populist alliance formed in Italy between the Northern League and the 5-Star Movement, or the constitution in France by Marion Maréchal of an institute of social, economic and political sciences: all of these elements show that cultural hegemony appears to be the condition of possibility for political conquest.

Whilst many studies have been dedicated to Conservatism, (Neo)Liberalism, (Neo)Fascism, in their intellectual content and in their practical realization, this event aims to investigate the ways in which these ideologies are being reshaped and reinvented nowadays, in Europe and the United States. It gathers major and creative scholars particularly interested in the new conceptual, rhetorical and historical components which frame and shape them in the 21st century in both comparative and transnational perspective. Given the reconfigurations of right-wing movements but also the growing porosity between the right, the far-right and the left as illustrated by the phenomenon of « left conservatism » or the appeal to left populism, where do each of the ideologies begin and what are their forms? How does the « extreme » become « mainstream » and conversely how is the « mainstream » moving into the « extreme »? What are the specificities of each ideology and how do they interact? How to account for the growing role played by gender, sexuality and race and to what extent are they specifically at stake nowadays compared with ideological previous forms? How do the new media participate in their spreading and how do they modify them? These are some of the questions this workshop will aim to explore.

9.30 am: Welcome. Pascal Marty, Director of the Maison Française d’Oxford

9.45am Panel 1: Ideologies and Discourses
Chair: Michael Drolet (Worcester College)
Edmund Fawcett ‘How to think and talk about the Hard Right in Europe and the US’
Eve Gianoncelli (Sciences Po/MFO): ‘On the Culture Battlefield: Conservatism as Metapolitics’

2.15pm Panel 3: Between the ‘Mainstream’ and the ‘Extreme’ (1)
Chair : Agnes Alexandre-Collier (Universite de Bourgogne/MFO)
David Renton (Garden Court Chambers): ‘Free speech and the Convergence of the centre and far-right in the US and UK’
Janet Jacobsen (Barnard College, Columbia University): ‘How Hegemony Works: From Right-Wing to Mainstream in the US’

4.00 pm Panel 4: Between the ‘Mainstream’ and the ‘Extreme’  (2)
Chair: Yves Sintomer (MFO/Nuffield College)
Tamir Bar-On (Tec de Monterrey): ‘Fighting the Last War: Some Criticisms of the Literature on the Radical Right’
Joe Lowndes (University of Oregon): ‘The Growing Multicultural Right in the US’