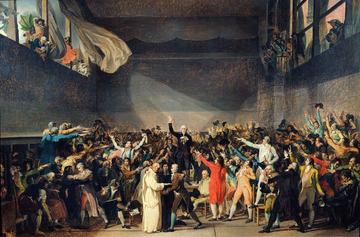 This public lecture will be given by Jonathan Israel (Institute for Advanced Study, Princeton) at the Maison Française d’Oxford at 5.00pm on Wednesday 24 November. It is convened by Mogens Laerke (MFO).

The event is co-sponsored by the Maison Française d’Oxford, the Oxford Political Thought Seminar, and the Oxford Centre for Intellectual History.

Jonathan Israel’s work is concerned with European and European colonial history from the Renaissance to the eighteenth century. His recent work focuses on the impact of radical thought (especially Spinoza, Bayle, Diderot, and the eighteenth-century French materialists) on the Enlightenment and on the emergence of modern ideas of democracy, equality, toleration, freedom of the press, and individual freedom. His books include European Jewry in the Age of Mercantilism, 1550–1750 (1985); The Dutch Republic: Its Rise, Greatness, and Fall, 1477–1806 (1995); Radical Enlightenment: Philosophy and the Making of Modernity, 1650–1750 (2001); Enlightenment Contested: Philosophy, Modernity, and the Emancipation of Man 1670–1752 (2006); and A Revolution of the Mind: Radical Enlightenment and the Intellectual Origins of Modern Democracy (2009).