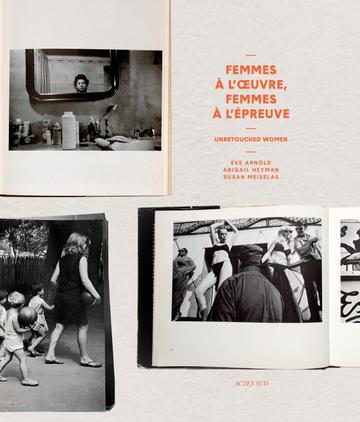 Please check available times to view & pre-book your viewing slot here.
Please make sure that you only book spaces for your own household and/or support bubble.
Drop-in visits are welcome at the available times, subject to limits on numbers in the building.

As feminism burst upon the scene in the United States in the mid-1970s, American photographers Eve Arnold, Abigail Heyman and Susan Meiselas published books of a new kind. Combining testimony and pictures, they offered an unprecedented look at women in their workplaces, their daily lives and even their privacy. Women at work, the three photographers came into their own experimenting with the book form. They put women to the test of the photographic image, steering clear of clichés to present alternative representations.

In 1974 Abigail Heyman published her first book, Growing Up Female: A Personal Photo-Journal, a black-and-white essay radically combining images and handwritten comments. In this feminist diary, she took a stark look at her life and challenged women’s confinement in gender roles. Writing in the first person, she put the famous feminist credo “the personal is political” into practice.

Eve Arnold’s 1976 The Unretouched Woman features famous and unknown women at moments in their daily lives when they literally and figuratively let their hair down, catching them candidly and in disarmingly natural states. They include Marilyn Monroe at her most genuine, unadorned self between poses during a photo shoot. This immersion into women’s privacy opened a radical breach in the aesthetics of 1970s fashion and advertising, which were booming industries at the time. Refusing to stage them or touch them up, Eve Arnold’s diverse, nuanced photographs are worlds away from images of models on glossy paper.

In 1976, Susan Meiselas’s Carnival Strippers came out in the United States and France, where it was published by Les Éditions du Chêne. The outcome of a four-year inquiry into carnival strip shows in the United States, the book takes us inside the performers’ tent and captures them backstage after the show. In long testimonies, they speak their minds. Meiselas shows the hardship they faced without giving them the status of victims, for that is not always what they considered themselves to be. Rejecting the choice between seduction and sordidness, she breaks through their confinement within an image. Photography is no longer a tool of domination but empowers these women, turning them into subjects.

All three books offer a behind-the-scenes glimpse of something many American women do every day: putting on make-up and dressing up to please and seduce. There is nothing natural about this staging of the body. It requires painstaking preparation and genuine skill. Eve Arnold documented actress Joan Crawford getting herself ready before public appearances, an invisible effort inherent to her profession. She also takes us behind the scenes of a photo shoot with Marilyn Monroe, sex symbol and fascinating role model for the young beauty pageant contestants who patiently waited in front of Abigail Heyman’s camera.

Susan Meiselas showed strippers reinterpreting the codes of glamour and seduction, but she also captured the unguarded moments when strippers, without wearing make-up or posing, appear between shows in the gritty reality of daily life. Far from the lens of seduction, a prosaic, unprecedented vision of nude women emerges.

Even in her self-portraits, Abigail Heyman also revealed women’s intimate relationship with their bodies. In 1972, she photographed her abortion: in the foreground her legs are spread apart, harshly lit for the medical intervention. “Nothing ever made me feel more like a sex object than going through an abortion alone”, she wrote in Growing Up Female. The legalization of abortion was a step forward for women’s rights, but feminists still criticized the power relationships pitting defenseless patients against almighty doctors and experimented with alternatives. Heyman documented the activities of a gynecological self-examination group: women coming together to examine their own bodies and collectively emancipate themselves through knowledge. 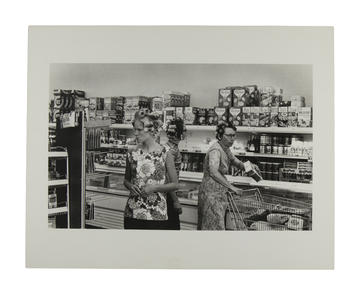 In parallel, Eve Arnold and Abigail Heyman exposed the norms and conventions regulating social life and confining women to gender roles, especially in the home. They documented the invisible work of shopping, housecleaning and washing, bringing “non-subjects” out into the open. They cast a clear-eyed gaze on women’s place in the family, with children, in the institution of marriage and even in the official representation of politicians’ wives. Several images are the picture of boredom. Sometimes, the openness of a face seems to overflow the frozen frame of normality.

Lastly, these books teem with portraits of active women engaging in various activities, from fencing to playing music and high-jumping. Far from being objects of desire, they appear as subjects in charge of their lives. Focus, professionalism, endurance, virtuosity, commitment, pride: all these images are a sign of independence. At the strippers’ request, Susan Meiselas portrayed them posing with their heads high, staring straight into the lens. These women, whose job is to conform to an image, that of the alluring pin-up, take control of how they are represented, freely showing themselves as they see fit. 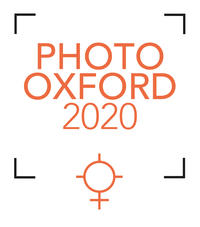 Exhibition curated by Clara Bouveresse.
Design: Sarah Boris
Photo retouching and preparation: Maryline Le Roy
Special thanks are due to Danielle Battigelli, Taous Dahmani and the Maison Française d’Oxford team for their support and advice.
This exhibition was sponsored by the Maison Française d’Oxford and the University of Evry/Paris Saclay, France. A first version was presented in 2019 at the Rencontres d’Arles photography festival in France, in collaboration with Magnum Photos. It received a Rencontres d’Arles research fellowship with the support of Jean-François Dubos.
Photographs by Abigail Heyman © Abigail Heyman Estate.
Photographs by Eve Arnold © Eve Arnold/Magnum Photos.
Photographs by Susan Meiselas © Susan Meiselas/Magnum Photos.