Maison Française d'Oxford (MFO) / Worcester College, Oxford, with the support of the Political Quarterly and the Alfred Toepfer Stiftung. 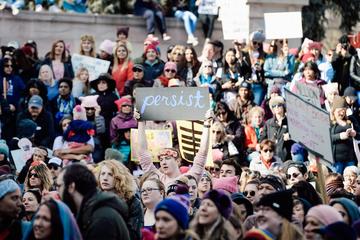 You can register by clicking the links below. After registering, you will receive a confirmation email containing information about joining the meeting.

The 23 June 2016 referendum on the United Kingdom’s continued membership of the European Union laid bare fundamental divisions in the British society, economy, and polity. The Leave campaign’s slogan ‘Take Back Control’ resonated with individuals’ deep-seated feelings of powerlessness and frustration with political institutions that appeared remote and unaccountable, and an economic settlement that, since the Great Recession, left many impovershed and feeling anxious and vulnerable about the future, a situation made worse during the current Covid-19 pandemic. Since the referendum, the United Kingdom’s tortured negotiations with the European Union heightened these feelings of frustration and powerlessness. These sentiments had important consequences for the negotiations themselves, affected the outcome of the December 2019 election, and continue to affect UK-EU relations. The language used by Brexiters and Remainers took those sentiments to fever pitch. Expressions such as ‘Bollocks to Brexit’, ‘Brexit Wrecks it’, ‘Enemies of the People’, ‘Vassal State’, or ‘Surrender Bill’, contributed to re-enforcing tribal identities and the adversarial and heated politics that sustains them, damaging British democracy and Britain’s relations with its European partners.

What appeared at first sight to have emerged out of Brexit, and since the spring of 2020, with the Covid-19 pandemic and the Black Lives Matter movement, is reflective of a more fundamental phenomenon: a deep-rooted antagonistic politics. The immoderate characteristics of politics were tempered over many decades by political-legal institutions, education, and a culture of civility, and a dominant and complacent discourse of inclusiveness, which papered-over longstanding injustices. Brexit, and the official responses to Covid-19 and Black Lives Matter, have damaged – perhaps, irreparably – moderating influences, and ushered in a coarser and more aggressive political culture, which risks damaging further the United Kingdom’s polity.

The aim of this Roundtable and workshop on ‘Women, and the Politics of Civility/Incivility in Parliament and Public Life’ is to reflect on the profoundly aggressive nature of the Brexit debate, the responses to Covid-19, Black Lives Matter, and their consequences for parliamentary and public life by drawing on the experience of women. In an age of presumed sexual equality whose hollowness has been exposed and challenged, most recently by the #MeToo movement, it seemed extraordinary that under the premiership of the United Kingdom’s second female Prime Minister, Theresa May, prominent civil and political rights advocates, such as Gina Miller, MPs, such as Anna Soubry and Diane Abbott, justices and public officials, including Lady Hale, and journalists, academics and writers should be subject to abusive taunts, hate mail, and death-threats. The murder of Jo Cox MP made this menace real. And the quitting from UK politics by 18 prominent female MPs, including Heidi Allen, Nicky Morgan, Justin Greening, and Amber Rudd is indicative of an increasingly misogynistic politics and its consequences: an impoverishment of political discourse and debate, diminished social solidarity, and an upsurge in intimidation and violence, laid bare most tragically by a serving Metropolitan Police officer facing charges of the kidnap and murder of Sarah Everard.

9am: Panel 1: Women and the Incivility of Politics
Chair: Michael Drolet

This session will comprise 20-minute working papers followed by discussion.

This session will comprise 20-minute papers followed by a discussion.

3pm: Summary of the day