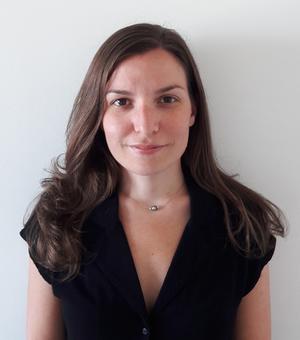 Cecilia Tarruell is the Sir John Elliott Junior Research Fellow in European History 1500–1800 at Oriel College. Prior to this, she was a Newton International Fellow at the History Faculty at the University of Oxford (2016–2018) and a Max Weber Fellow at the European University Institute in Florence (2015–2016). She received a joint doctorate in early modern history from the École des Hautes Études en Sciences Sociales in Paris and the Universidad Autónoma de Madrid in 2015.

Her area of expertise is the history of the Spanish Empire and its contacts with the Islamic world during the 16th and 17th centuries. Her research addresses broad questions regarding the interactions between Christian and Islamic lands focusing on the phenomena of human mobility and migration, religious conversion, the dynamics of social inclusion and exclusion, and the mechanisms of accommodation and coexistence within societal contexts of ongoing warfare and persisting violence.

Since her time at Oxford, Cecilia has been working on her postdoctoral research project, which is the writing up of a monograph entitled Mobility and Religious Conversion in the Early Modern Iberian World: The Assimilation of Migrants from Islamic Lands. The book focuses on voluntary migration flows from Islam to Christendom through the case of the Spanish Empire. In particular, she studies the voluntary arrival of individuals from the Ottoman Empire, Safavid Persia and Morocco in the Iberian world during the late 16th and early 17th centuries. Such population flows involved cases of Muslims, but also Jews and Eastern Christians, who voluntarily decided to settle in the Spanish Empire, and generally converted to Catholicism as part of the process of migration and assimilation.

In parallel, over the past years Cecilia has been working on another monograph project entitled Circulations between Christian and Islamic lands: Captivity and Enslavement of the Servants of the Spanish Empire (c.1574–1609). This book stems from her doctoral dissertation and focuses on forms of coerced mobility in the early modern Mediterranean. It analyses long-term Christian captivity and enslavement in the Ottoman Empire and Morocco by looking at individuals who, upon their return to Christian lands, served the Spanish Habsburgs during the late 16th and early 17th centuries.