Secrets of the ‘Black Rimbaud’ 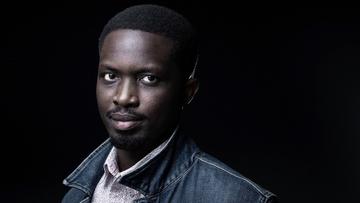 Mohamed Mbougar Sarr’s novel La plus secrète mémoire des hommes was a favourite of last year’s rentrée littéraire and won the Prix Goncourt, making Mbougar Sarr the first Senegalese Goncourt laureate. The prize was awarded in the heated run-up to the French presidential elections, during which the far-right candidate Éric Zemmour declared that, if elected, he would ban the name Mohamed, among others. Mbougar Sarr, through his narrator in La plus secrète mémoire, is also the first Goncourt winner to mock the way the literary establishment pays lip service to identity and minority politics.

[W is the first Black writer to win this prize or to enter that academy: read his work, wonderful, of course […] X is the first lesbian writer to have her book published in “inclusive writing”: it’s the great revolutionary text of our era. Y is an atheist bisexual on Thursdays and a cisgender Muslim on Fridays: their story is magnificent, moving and so true!]

Hailed by the Goncourt jury as “a hymn to literature”, La plus secrète mémoire des hommes is about the mysteries of writing. It begins in 2018, when Diégane Latyr Faye, a young Senegalese writer, discovers a mythical author, T.C. Elimane, who wrote a single book, “Le Labyrinthe de l’inhumain”, published in 1938 and now out of print and unobtainable. Acclaimed as the “Black Rimbaud”, Elimane was then accused of plagiarism before vanishing without trace – just like his real counterpart, the Malian writer Yambo Ouologuem, who was awarded the Renaudot prize in 1968 for Le Devoir de violence (Bound to Violence), before being charged with plagiarism of Graham Greene and others. As Faye seeks to understand the circumstances of Elimane’s disappearing act, he pieces together the writer’s journey, caught up in the turmoil of the twentieth century, relying on correspondence, interviews and testimonies, newspaper cuttings and reviews. And so we learn that Elimane’s father enrolled wilfully as a tirailleur during the First World War and perished in the Somme; that Elimane came...