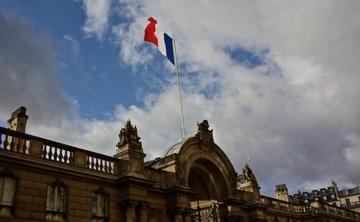 The French presidential elections have taken place on April 10th and 24th. The turnout in the second round has been quite low, the far-right has reached its highest result historically, and Emmanuel's Macron victory will not automatically translate into a strong political legitimacy. Legislative elections will soon follow,  on June 12th and 19th. This electoral sequence takes place in the dramatic context of the Russian invasion of Ukraine, and with France assuming the presidency of the EU. The seminar will analyze this sequence in depth. It will present the electoral results and try to explain them. Were the war in Ukraine and the French presidency of the EU important factors? How do French citizens take stock of President Macron’s first term of presidency? What do these elections reveal about the state of the French political system? What are the parallels and contrasts with English politics? What can be forecasted for the legislative elections and the new Presidency?

This seminar is a joint initiative from the European Studies Centre, St. Antony's College, and the Maison Française d’Oxford.

Philippe Marlière is Professor in French and European Politics at University College London (UCL). Philippe completed his MA degree in Law and an MPhil in Politics and Political Science at the University of Lille in France. Before coming to UCL, he was a Research Fellow at the French Centre National de la Recherche Scientifique (CNRS, 1989-93) and at the European University Institute (Florence, 1991-94), where he was awarded a PhD in Social and Political Science (2000). Philippe Marlière was also awarded the Marcel Liebman Chair in political science by the Université Libre de Bruxelles (ULB) in 2007.

Yves Sintomer is a Researcher at the Maison Française d’Oxford, an Associate Member at Nuffield College and DPIR, University of Oxford and a Professor of political science at Paris 8 University. He was the deputy director of the Centre Marc Bloch Berlin and is an Honorary Senior Fellow at the Institut Universitaire de France - one of the French most prestigious institutions in Paris. His most recent books include Participatory Budgeting in Europe; Democracy and Public Governance (with C. Herzberg and A. Röcke), Routledge, London, 2016; and Sortition and Democracy. Practices, Tools, Theories, Imprint Academic, Exeter, 2020.