‘Milan Hašek and the discovery of immunological tolerance: an exclusive case of ideologisation in biology behind the Iron Curtain in the 1950s’ 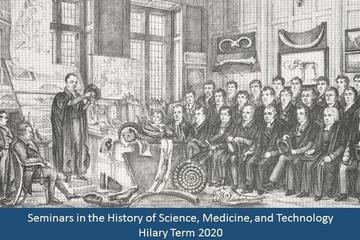 In 1960, Sir Peter B. Medawar was jointly with Sir Frank M. Burnet awarded a Nobel Prize for the discovery of acquired immune tolerance, which was made based on a key experiment conducted in 1953. In the same year, just several months earlier, a similar result was experimentally achieved by Milan Hašek (1925–1984), a young researcher, Medawar’s later colleague and friend, creator of an internationally important school of immunogenetics.  He and his team, however, worked in Communist Czechoslovakia and Hašek was then a fervent communist, adherent of Soviet Lysenkoism and so-called Michurinian biology. At first, he thus interpreted his discovery through the prism of his beliefs as an example of ‘vegetative hybridisation’ in animals. The story of Hašek’s error is a remarkable example of the role of ideology in science during the Stalinist era and on a more general level, it opens some questions regarding the function of scientific paradigm.

The following seminar will be held online with Zoom. For more information please visit: https://www.hsmt.ox.ac.uk/event/milan-hasek-and-discovery-immunological-tolerance