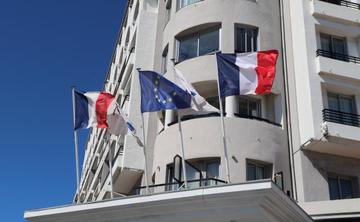 Register in advance for this webinar: https://us06web.zoom.us/webinar/register/WN_YwvTXK4FQG-HLE03wq-AEA.  After registering, you will receive a confirmation email containing information about joining the webinar.

Just as the legislation led by Van der Leyen (European Commission) and Roberta Metsola (European Parliament) has reached its halfway point and France has now taken over the rotating presidency of the Council since January 1, 2022, this online workshop will look both at the past and future of the main issues facing the EU – especially the aftermath of Brexit, the current citizens’ deliberative panels conducted as part of the Conference on the Future of Europe, the questions addressed by the NextGenerationEU Recovery Plan, and the external and defense policy of the Union.

The workshop will be articulated around two panels. The first will focus on the EU’s democratization and strategic autonomy; the second on France’s previous and present role in the Union and the country’s relationship with European integration, from its “founding fathers” to Emmanuel Macron.

PANEL 1: The State of the EU. Chair: Hartmut Mayer
Samuel B.H. Faure (Sciences Po Saint-Germain/MFO): The defence and external policy of the EU
Eli Gateva (DPIR Oxford): Strengthening democracy in the EU and the Western Balkans
Kalypso Nicolaïdis (EUI Florence): The Conference on the future of Europe