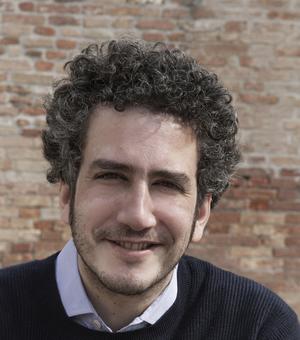 Andrea Brazzoduro is assistant professor at the University of Naples L’Orientale, where he teaches Social History.

Between 2015 and 2020 Andrea was based at Oxford: initially as Marie Sklodowska-Curie fellow (Trinity), then as Deakin fellow at the European Studies Centre (St Antony’s), and finally as visiting fellow at the Faculty of History and invited researcher at the Maison Française d’Oxford.

The quality of his work has been acknowledged by international fellowships, including a Max Weber fellowship at the EUI, a Fernand Braudel fellowship (MCA-FP7), and two Horizon2020 Marie Skłodowska-Curie fellowships.

Andrea’s research interests include: decolonization (especially focusing on Twentieth-century France, Algeria, and the Global 1960s), history of representations and social uses of the past (memory studies, oral history, and epistemology), critical theory and postcolonial studies (with a particular focus on the Mediterranean, and the relationships between France, Algeria, and Italy, past and present). He has published widely and convened major international conferences on these topics: The Algerian War of Independence: Global and Local Histories 1954-62, and Beyond (Oxford, 2017), Algeria, France: How Memory Works? (Oxford, 2018), Memories of Colonial Pasts: Perspectives on a Global Phenomenon of the Present Time (Paris, 2022).

Andrea’s current new research project focuses on the impact of anti-colonial struggles in the genealogy of the global 1960s. The project, titled Algeria, anti-fascism, and Third Worldism: An anti-colonial genealogy of the Western European New Left, will produce the first comprehensive study of the impact of the Algerian War (1954–62) on the political cultures of the New Left in Western Europe. Its main hypothesis is that the French-Algerian War, and Third-Worldism more generally, had a defining impact on the new political cultures that flourished during the ‘long 1960s’ (mid-1950s to mid-1970s), associating a renewed anti-fascism with anti-colonial struggles. Moving beyond standard histories of political parties or international relations, the project addresses the ‘cultural history of politics’ in a global perspective, encompassing local, national and transnational events, actors and networks. In April 2022, Andrea co-convened a conference on these topics at the Centre d’histoire sociale des mondes contémporains (Paris-Sorbonne): Une guerre civile globale? Théories et pratiques de libération entre antifascisme et décolonisation.