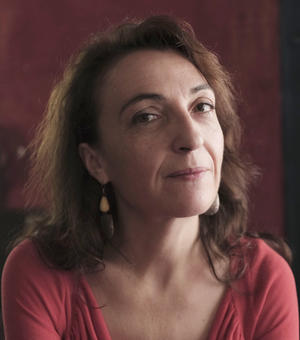 Marie Thébaud-Sorger is a Visiting Researcher at the Maison Française d’Oxford. She is also Research Associate Professor (researcher) at the French National Center for Scientific Research (CNRS) based in Paris at the Centre for the History of Science and Technology – Alexandre Koyré at the  EHESS (School for Advanced Studies in the Social Sciences). After studying the reception of the lighter-than-air machines in French and European societies in her first monograph, Ballooning in the Age of Enlightenment (L’aérostation au temps des Lumières, 2009), and the culture of flight on the long run, she has also done research on insurance and compensation practices in the context of artisanal and industrial activities in the eighteenth-century London and Paris. Her current research on  “The economies of improvements” intends to link knowledge on materials, marketplace, social reform and technological hazards management.   By comparing several urban contexts (in France, Britain, Germany, Netherlands…) her aim is to explore, through an array of artefacts and micro inventions, how inventive practices in Eighteenth century Europe shaped communities around technical improvements.

Last publication:
–« Capturing the Invisible: Heat, Steam and Gases at the Crossroads of Inventive Practices, Place and Social Milieu in France and Great Britain in the Second Half of the Eighteenth Century », L. Roberts, S. Werrett (dir.), Compound Histories: Materials, Governance and Production, 1760-1840, Brill, Leyden, 2017

Project at the MFO:
Marie’s research project « Economies of improvement. Public sphere, micro-invention and industrial Enlightenment » is grounded in a comparative study of inventive practices  in Europe throughout the 18th century. In a context of economic growth which saw the rise of consumerism and the beginnings of industrialisation, European societies underwent profound changes. In turn, this shift affected their environment and their pursuit of the mastery of the nature. At the MFO, her goal is to do a comparative study of how devices and technical object embedded in daily practices can be deployed to explore not only transformations in material living conditions but also the perception of risk in the time of social and political change.

Firstly she undertakes a comparative study of inventive practices in the 18th Century. By focusing on small appliances, artefacts and  processes, scrutinizing the social milieu of invention involving  various networks ( such as societies of arts and provincial academies…) .Therefore she seeks to explore the relationship between intermediary publics and the embodiment of artefacts as useful technique, and their ideological deployment in a variety of reformist Enlightenment contexts. Secondly, these issues are encapsulated partly in a long-term knowledge of matter and air. She focuses especially on the management of ‘stale/noxious/foul air,’ as well as fire-fighting processes, which motivated different practitioners (apothecaries, doctors, chemists, architects, engineers, craftsmen, administrators, amateurs, social reformers, city officials, etc.). The idea is to integrate often disjointed contributions to historiography from medicine, chemistry, consumption culture, and the environment using objects and practices which contributed to the definition of the air, its representations, and its usages to bring about reform. The aim is to thereby gain an understanding on the variations in definitions of the air, and of its property of breathability, in the long term, enabling further interdisciplinary exchanges.