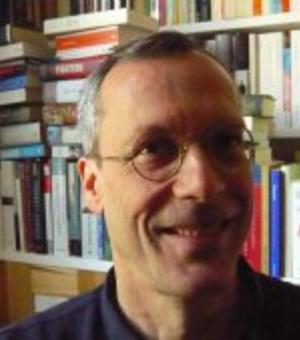 Michael Drolet is Senior Research Fellow in the History of Political Thought at Worcester College, and at the Centre for Intellectual History, University of Oxford. He is a member of the Faculty of Modern History and the Department of Politics and International Relations. His research interests lie in intellectual history and the history of French political thought. He is particularly interested in the interface between developments in the natural sciences and human sciences in the 18th and 19th centuries and is working on the place of the Encyclopédie Nouvelle in French intellectual life of the mid-nineteenth century. He is currently engaged in several projects, and is, with Patricia Clavin (Oxford), Judith Rainhorn (Paris I Panthéon-Sorbonne), Laurent Brassart (Université de Lille), and Jakob Vogel (Centre Marc Bloch, Berlin) a lead member of the Sustainable Pasts and Resilient Futures network. He has written widely on French liberalism and French Romantic Socialism, contemporary French thought, and contemporary British politics. He co-edited with Agnès Alexandre-Collier a special issue of ‘Women and the Politics of Incivility and Discrimination’, for The Political Quarterly (2022). He is author numerous articles, including ‘Nature, Science and the Environment in Nineteenth-Century French Political Economy: the case of Michel Chevalier (1805-1879)’, Modern Intellectual History (2018), and, with Ludovic Frobert ‘Kindness as the foundation to Community: For a “Radical Equality, Tempered by Benevolence”. The Case of Joseph Rey of Grenoble (1779-1855)’, The English Historical Review (2021). He co-edited with Ludovic Frobert, a special issue of ‘Robert Owen and Continental Europe’, History of European Ideas (2021), and is author of Tocqueville, Democracy and Social Reform (2003), The Postmodernism Reader: Foundational Texts (2004), and with Ludovic Frobert, Jules Leroux. D’une philosophie économique barbare (2022). He is currently editing with Ludovic Frobert an English edition of Henri Saint-Simon, The Reorganisation of European Society and Other Writings in the Cambridge Texts in the History of Political Thought series and is writing an intellectual biography of Michel Chevalier (1806-1879).