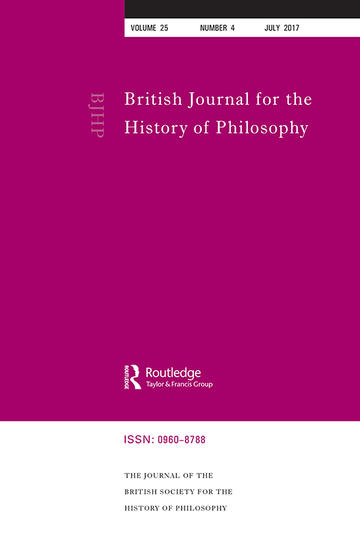 It is trivial fact that history of philosophy itself has a history. How long that history stretches back is a question of interpretation. Philosophy has always, from Antiquity onward, entertained some kind of relation to its own past. We should, however, probably trace the institutionalization of history of philosophy as a discipline not too far back, about three centuries, to the work by Christoph August Heumann (Acta philosophorum, 1715–26), André-François Boureau-Deslandes (Histoire critique de la philosophie, 1737) and, above all, Johann Jacob Brucker (Historia critica philosophiae, 1742–4).

Since it was constituted as a discipline in the early or mid-eighteenth century, histories of philosophy have been written in very different ways, depending on author, place, and time; they have varied according to institutional frameworks, cultural settings, philosophical and non-philosophical contexts. At each stage of the discipline’s development, in the various forms its evolution has taken, philosophy has constantly instrumentalized its own history in order to promote specific philosophical and non-philosophical agendas, using the history of philosophy for its own purposes by adapting it, transforming it, rejecting it, embracing it, rewriting it at every step of the way. This special issue of the British Journal for the History of Philosophy is concerned with some of these ways in which the history of philosophy was written in the 150 years up to around 1950, and the ways in which it has been informed and guided by institutional, cultural, political and, of course, philosophical factors. It is concerned with the methods deployed by historians of philosophy, the epistemological foundations laid down for those methods, and the philosophical (or non-philosophical) aims pursued. (read the full introduction here)