POSTPONED - Book presentation: 'Trace and Aura. The Recurring Lives of St. Ambrose of Milan' (Other Press, 2022)

THIS EVENT HAS BEEN POSTPONED 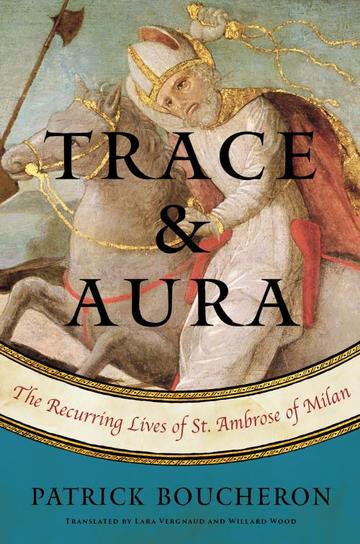 This event is free and open to the public. Please register here: https://www.eventbrite.co.uk/e/book-presentation-trace-and-aura-the-recurring-lives-of-st-ambrose-tickets-414061257367

A groundbreaking work on history and memory that goes well beyond the life of this influential saint.

Elected bishop of Milan by popular acclaim in 374, Ambrose went on to become one of the four original Doctors of the Church. There is much more to this book, however, than the captivating story of the bishop who baptized Saint Augustine in the fourth century. Trace and Aura investigates how a crucial figure from the past can return in different guises over and over again, in a city that he inspired and shaped through his beliefs and political convictions. His recurring lives actually span more than ten centuries, from the fourth to the sixteenth.

In the process of following Ambrose’s various reincarnations, Patrick Boucheron draws compelling connections between religion, government, tyranny, the Italian commune, Milan’s yearning for autonomy, and many other aspects of this fascinating relationship between a city and its spiritual mentor who strangely seems to resist being manipulated by the needs and ambitions of those in power.

Patrick Boucheron is Professor at the College de France, and he has chosen as his sphere within that institution, the history of (systems of) power in Western Europe between the thirteenth and sixteenth centuries. He is always insightful in about religion, but his questions are at heart political ones: How is political authority projected and sustained? How are systems of rule transformed? How are people moved to collective action? He has spent most of his research attending to the civic institutions of Italian cities, particularly of Milan. He has been drawn in particular to the ways power and authority are projected, exploring the design of public spaces, and ambitious building projects—grands travaux. But Boucheron is also interested in individuals and the concepts which became attached to them, by the aura that glows from them, arises from traces of their lives.