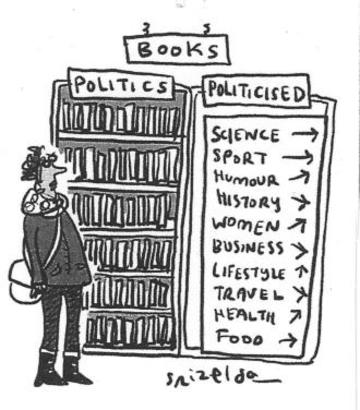 Please note that participants can either attend this seminar on-site at the Maison Française d'Oxford or online. Register in advance for the online meeting:
https://us06web.zoom.us/meeting/register/tZUkd-6tqDkrE9VuLGh-_QIvCMEoxnzWhURd

What is politics? In ordinary speech, two common tendencies emerge. Either we talk about politics in the narrow sense of the world of public policy, public authority and the state, or we use it a broad sense to denote the struggle for influence in any human grouping. At the same time, we are constantly aware of the slippage between the two, of the way areas which were once thought apolitical become political: the economy, the family, the environment. Areas which were thought technical or natural are seen to involve decisions which advantage some groups or individuals and disadvantage others. Where democracy is a powerful value and inequality is seen as undesirable, the identification of such areas as political is the acknowledgement of a moral necessity. There are issues which must be treated in a certain way to balance profit to some and damage to others. On the other hand, in these same societies, where the imperfection of these same mechanisms is commonly perceived as their primary characteristic, and the advantage of those groups which dominate them is held to overwhelm their usefulness, politics also carries a powerful negative resonance. A common strategy amongst many whom all objective criteria identify as politicians is to claim to stand outside of politics, to act against the political class or to channel the energies of civil society. Such matters are a source of anxiety and controversy in the contemporary world, as political scientists seek to identify the reasons for a crisis of democracy in the non-adequation between political systems and the balance of power in society as a whole: the lack of fit between politics in the narrow sense and different manifestations of politics in the broad sense.

These issues become more acute when we widen our perspective to take in historical societies where politics in the narrow sense cannot be so clearly defined. In the monarchies of late medieval Europe, for example, which had indeed inherited a concept of politics drawn from Aristotle, this was seldom applied to the royal and princely governmental mechanisms which most closely resemble the modern state, and which early historians assumed must have been the central defining elements of politics. With the expansion of what can be called in retrospect the social history of politics, historians first noted that the nobility, then the gentry, had their own concerns which, whilst defining the terms of what we call politics, could not be reduced to a desire to dominate the state. More recently, the field has broadened to integrate the political cultures of towns and the peasantry, amongst others, into the field of politics. In political sociology, meanwhile, it has become more frequent to take a social approach to political actors, or, even more fruitfully, to take the political values of different social groups not as detachable parts of a modular world view but as inextricable elements of whole value systems, approached through long-term, immersive fieldwork. Following the lead of Nina Eliasoph on the strategies for ‘avoiding politics’ in voluntary organisations in the American north-west, rich studies have emerged of the anti-political political values of firemen, surfers and the gilets jaunes.

This conference seeks to bring together the work of historians and political scientists in France and in Britain currently working at the limits of the political. The periods covered run from the later Middle Ages to the present day, with case studies drawn from France, the British Isles, Ireland and the United States. The themes dealt with reflect the holistic approaches to politics which have emerged in recent years. The papers touch on emotions, materiality and the environment, and sociabilities, both urban and rural.

Marie-Hélène Méresse (Lille), The sentences of the princes, from privy malice to fair cruelty, in the fifteenth-century Burgundian Low Countries

Mike Braddick (Sheffield), Commodification, the grain market and the government of nature, c. 1300-1800

Charles West (Sheffield) 'Today many people despise the honest customs of our fathers': the politics of French fashion in eleventh-century Germany

Andy Wood (Durham), Conflicts at the point of production: work and popular politics in England, 1500-1640