This exhibition is part of Photo Oxford 2021 and is curated by Pelumi Odubanjo. 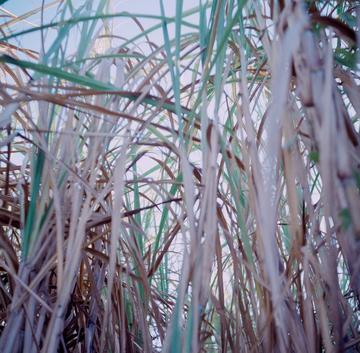 The artist & curator will be present in the exhibition space to talk with visitors on Sunday 17 October, 11am-4pm.

‘Catherine, Kiambé, Surya’ is a body of work by French emerging artist Elisa Moris Vai. Her reading of two novels by Nobel Prize JMG Le Clézio, set in Mauritius, La Quarantaine (1995) and Révolutions (2003), led to her attachment to three female characters: Catherine, who comes from a French colonial family; Kiambé, a formerly enslaved woman who escaped; and Surya, the grand-daughter of an Indian indentured labourer.

Moris Vai’s work considers the ways in which their lives relate to those of the women who built Mauritius. Shooting with an analogue-based, medium-format camera, Moris Vai went to Mauritius to follow their paths.

Curated by British curator Pelumi Odubanjo, this exhibition is the first solo show of the artist and will propose an immersive design, allowing the viewers to step into the story, and imagine a visual storyboard of the lives of the women, revolutionaries, and activists who built Mauritius to this present day.

A text written by Dr Feyereisen, Senior Postdoc Fellow in Postcolonial and French studies (University of Ghent) will accompany the images.

Located at the Maison Française d’Oxford and supported by Fluxus Art Projects and TORCH as part of the Humanities Cultural Programme, this exhibition is the result of a vivid French and British cooperation.

Elisa Moris Vai (1988) is a french emerging artist based in Lille (FR) working with lens-based media, who produce research-driven work. Her practice is characterized by the inventive use of performative strategies and the intersection of documentary and fiction. History, identity, and social representations are at the core of her work, with a current focus on French colonisation. Moris Vai was awarded the Panel’s choice of the Photo Oxford Open Call 2020 and shortlisted for the Open 20 Solo Award of Photofringe festival, Brighton.

Her work has been shown in venues across Europe (Noorderlicht festival (NL), Photofringe festival (UK), Ovada Gallery (Oxford, UK) and Les Passerelles art center, Pontaut-Combault (FR)). Her profile has been featured recently in Photomonitor and The Guardian.

Moris Vai extends her art practice to curating conferences relating to the themes she explores. In 2020-2021, she worked in the UK with Photofringe Festival and Grain Photography Hub.

Pelumi Odubanjo is a London-based multidisciplinary artist, curator, writer, and researcher. Interested in contemporary vernaculars around image-making, her work is informed by a decolonial black feminist epistemology. Pelumi works with artists, archives, and cultural artefacts to create and explore dialogues across a global African diaspora and unravel historical and contemporary links between the intersectionality of women, migration, and identity as means to disentangle our understandings of archival practice. Pelumi is co-founder of Contakt Collective, a collective of Goldsmith’s University of London postgraduate researchers examining the intersections of power, care, spatiality, & visual culture. Pelumi holds a BA from Newcastle University in Fine Art and Art History, and an MA in Contemporary Art Theory from the Visual Cultures Department at Goldsmiths, University of London. Her writing on contemporary photography, art, and culture has appeared on Magnum Photos, Artillery Magazine, Photoworks UK, and Photo Fringe amongst others. Her most recent projects include curating and producing for the Tate Exchange at Tate Modern, working as a curator at the Black Cultural Archives, and curating for Brighton Photo Fringe.

Organised as part of Photo Oxford.

Supported by Fluxus and the Maison Française d'Oxford.

The conference 'Women, Memory & Transmission. Postcolonial Perspectives from the Arts and Literature' is supported by TORCH as part of the Humanities Cultural Programme. 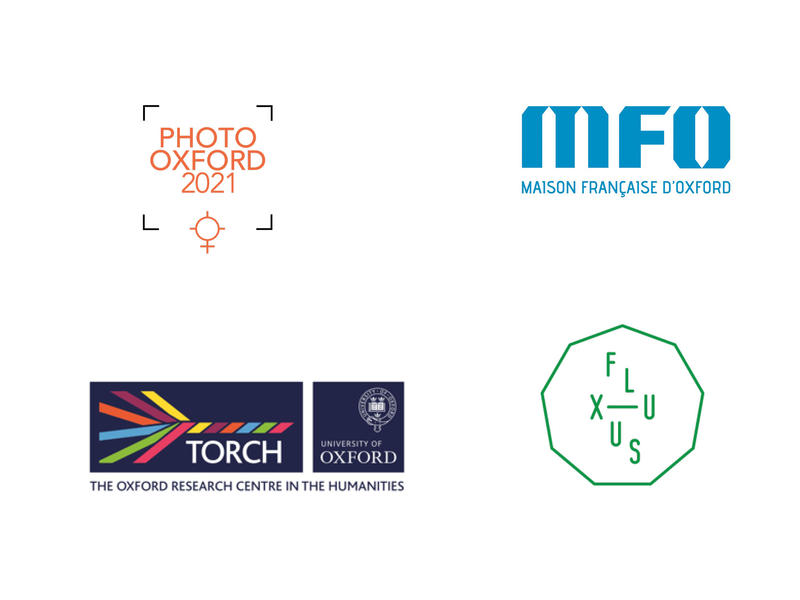