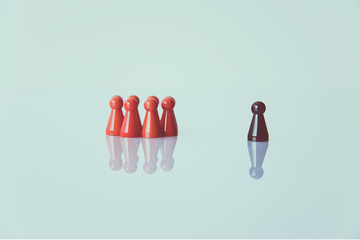 Supported by the Maison Française d’Oxford (MFO), the Oxford Research Centre in the Humanities (TORCH), and the OxPo programme (a partnership between the University of Oxford and Sciences Po), this research workshop explores the notion of alterisation, and how “Otherness” is produced by state institutions. The workshop is co-organised by early career researchers from the University of Oxford and Sciences Po, and is funded by the 2022 Paris-Oxford Partnership (POP) grant and the MFO.

As part of this workshop, we will be screening the film 'Regarde ailleurs'/'Look Away' at 5pm.
More information: https://mfo.web.ox.ac.uk/event/free-film-screening-regarde-ailleurs-look-away

A central aim of the workshop is to explore the notion of alterisation and how Otherness is produced by state institutions.

Alterisation is understood here as a process of (re)definition of categories as well as group assignments and affiliations of populations considered or constituted as “Other” (Mudimbe, 1988). More specifically, this workshop examines the role played by public authorities and state institutions in the genealogy and amplification of alterisation processes both as sites of policy-making, and of elaboration and circulation of ideologies. In brief, this workshop aims at exploring the “politics of alterisation”. To grasp contemporary forms of the politics of alterisation, this workshop adopts a broad conceptualisation of Otherness, drawing on comparative and interdisciplinary approaches. It seeks to understand how Otherness is manufactured by considering current research chiefly (but not exclusively) focused on African and European contexts, while combining insights from various subfields in political science (comparative political sociology, sociology of public administrations, sociology of international relations, political theory) and transdisciplinary fields (African studies, education studies, migration studies, postcolonial studies, urban studies). In particular the workshop hopes to bring together contributions that highlight ways in which the State and public action more broadly produce “categories of thought” which frame public intervention targeted at “Others” (Bourdieu, 2012). State institutions are not, however, considered in isolation. Rather, this workshop is interested in exploring how state institutions are conceived as sites for the elaboration of “techniques of government” among others - primordial indeed, but not exclusive - generating processes of subjectivation which constitute the “Others”, while bearing cognitive, ideological, and material effects (Foucault, 2004; Gordon, 1991).

By considering the multiplication of criteria of definition of “Others” (based on ethnicity, race, nationality, language, social class, gender, sexual orientation, etc) and their intersectionality (Crenshaw, 2017; Yval-Davis, 2011), this workshop explores both similarities and singularities (Bayart, 2008) which characterise processes of essentialisation and differentiation constituting of the politics of alterisation. It aims to share common conceptual, methodological and empirical questions associated with the study of the politics of alterisation. In bringing together research from African and European contexts, it seeks to highlight the contemporary political connections between the two continents - partially linked to postcolonial circulations, but not exclusively (Basch and al., 1994 ; Grégoire and Mazzocchetti, 2013) – and to explore the global dimensions of these dynamics.