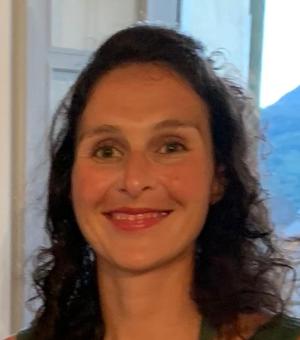 Raphaëlle Errera is a Departmental Lecturer in French at the University of Oxford, and a Visiting Researcher at the MFO. A former student of the École Normale Supérieure (Paris) and HEC Paris, she holds a PhD in Comparative Literature from Sorbonne Université (2021).

She works on early modern literature, and more specifically on the early modern genealogy of ‘literature’, which I study from a comparative perspective, working on French, Italian, Spanish, English and Neo-Latin texts. For her thesis, she studied a subgenre of allegorical fictions written mainly in the sixteenth and seventeenth centuries, and collected more than a hundred of these fictions. Though diverse in terms of size, narrative framework and literary form, these fictions all bring together mythological and real-life figures on Mount Parnassus. There, authors from all times meet, talk and fight about a wide range of literary topics. These reflexive, often comic fictions provide a valuable outlook on the contemporary literary scene. They also reflect the evolutions of the constituting early modern European literary fields.

She is currently working on a book adapted from her thesis, and she is also starting a new project, ‘Fiction and the Making of Literary History in Early Modern Europe (1500-1800)’. This comparative project is at the crossroads of literary historiography and cultural history. It focuses on France, Italy, Spain and England. Her aim is to shed new light on the making of literary history and authors’ literary afterlives in the early modern period by studying fictions of literary history, a relatively recent notion which has hardly been applied to the early modern period.