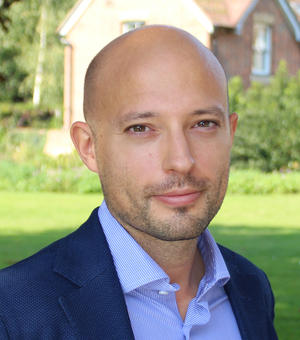 Currently an associate professor in French literature (maître de conférences) at the Université de La Réunion (France), Tristan Alonge is of French-Italian origin. A student of the Scuola Normale di Pisa, he received a degree in classics at the University of Pisa, and in political science at Sciences Po Paris. In 2015, he obtained his PhD at the Sorbonne Paris IV, under the supervision of Georges Forestier, with a dissertation titled ‘Greek Tragedies and French Classical Tragedy 1537-1677.’ In 2016-17, he was an FNS fellow at the University of Lausanne (project: ‘Naissance de la critique dramatique’). A Specialist in Jean Racine, in 2017 he published a first book, entitled Racine et Euripide. La révolution trahie (Droz), and in 2020 edited a special issue of the revue Europe dedicated to the playwright. He has just completed a second book, entitled Les origines grecques de la tragédie française : une occasion manquée (Hermann, forthcoming). Having worked as a consultant in the private sector for more than five years, Tristan developed organisational, analytical and problem-solving skills, in the field of higher-education, with a particular interest in new technologies (MOOC, Moodle, Blackboard).

At the MFO, Tristan started to develop a new research project, titled The Revival of Greek Tragedy in the Sixteenth Century: a European Adventure. As a follow-up to some findings in his first two books, he is designing a comprehensive study of the impact of the rediscovery of Athenian playwrights on European Tragedy during the 16th century. While his research has so far been confined to only France, the idea of widening the spectrum of the survey to the whole of Europe aims to fill a glaring lack in the field of reception of Greek tragedy in the 16th century. Not only has very little systematic and extensive study been conducted on the subject, but above all, no precise visibility seems to exist on the actual number of translations and adaptations of the Greek tragedies in Europe in the 16th century.

This course is intended for both graduate and undergraduate students, and aims to read and discuss some major Early Modern French plays, with a particular focus on textual analysis and genetic criticism. Each lecture (given in French but followed by discussion in English) will be dedicated to a single play, ideally to be read in advance. The three lectures in Michaelmas term will focus on the relationship between Jean Racine and Euripides