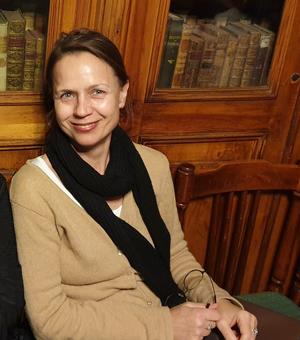 Vera Tchentsova wrote her PhD in the Institute of General history of the Academy of sciences of Russia in Moscow. Although initially a specialist of Byzantine economic and social history, her interest in manuscripts and archival documents led her to join research projects on the unpublished Muscovite archival materials concerning the relations of Russia with the Christian East in the 16th-18th centuries. Later she expanded her work to various other archival deposits in Greece, Italy, Ukraine, Romania, and offered numerous publications on Greek-Russian ecclesiastical affairs, the diplomatic role played by the representatives of the Greek clergy, the international politics in Eastern and South-Eastern Europe, the translatio of “the Byzantine legacy”, and post-Byzantine art in East-European countries. Presently she collaborates with French, Romanian, Russian and Ukrainian specialists to several projects aiming at the edition of unpublished material concerning the Eastern Church in the 16th-18th centuries and addressing several key problems of Early Modern Church history.

Vera Tchentsova conducts research in five core areas: 1) Paleographic methods for the study of Early Modern Greek letter; 2) the cataloguing the Greek documents from Muscovite archives; 3) Documentary materials on the two voyages accomplished between 1650 and the 1670s by Macarius, Patriarch of Antioch, and his son, archdeacon Paul of Aleppo, to Constantinople, the Romanian principalities, Ukraine and Russia; 4) the relations between the Metropolitan See of Kiev, the Patriarchate of Constantinople and Russia in the 17th century; 5) Translations and diffusion of Greek and Latin prophetic texts in Moscow in the 17th century.