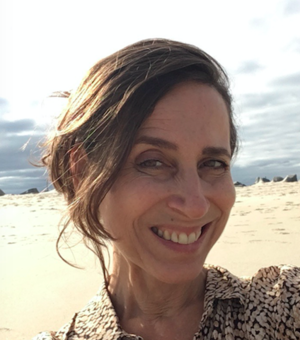 Véronique Benei is a political anthropologist and research director at the National Centre for Scientific Research (CNRS). She currently teaches at the Ecole des Hautes Etudes en Sciences Sociales (EHESS), Paris and is a statutory member of the Interdisciplinary Institute of Contemporary Anthropology (IIAC)/ Laboratory of Anthropology of Institutions and Social Organizations (LAIOS). Having completed her doctorate on the social issue of dowry in India in the midst of the rise of Hindu fascism (1996), she was exposed to the importance of political objects in the ‘world’s greatest democracy’ very early on. In the following decade, she led several projects anchored in the space of school and knowledge production (LSE, Princeton, Yale) and conducted a theoretical reflection on nationalism, citizenship and secularism based on ethnographic material and anchored in an anthropology of language, body, senses and emotions (2000, 2005, 2008, 2009), thus clearing the then new ground of emotion studies in the field of political anthropology.

Her Habilitation marked the renewal of her theoretical interests alongwith a geographical redeployment in Latin America where she reinvested the notion of violence as a structuring modality of historical relations, social, economic and symbolic. This has led her to conduct several projects in Colombia, especially around an anthropology of ‘displacement’, forced migration and ‘resilience’ and a historical anthropology of the social memory of slavery, together with processes of forgetting and remembering. Since 2018 Véronique has been co-hosting and leading, with Chilean partners, an ECOS-SUD programme on National Construction and/of ‘Otherness’: Incarnation/ Incorporation, Reproduction and Deconstruction of Historical Legacies and Traumas of Colonialism, at the levels of the State, Individuals and the Nation (2018-2021).

Furthermore, her long-standing concerns with issues of transmission have in recent years prompted her to explore aspects of co-creation and restitution in multiple forms and for various audiences. Thus, she has produced a film (2017, 2018 English, Spanish and French) as well as a poetic-political anthropology (in French [2016], translated into Spanish [2018]) and a collective volume on artistic and anthropological practices (2019). Currently, she is working on a historio-ethnographic opera project. Last but not least, Véronique is also a certified practitioner of a modality of movement meditation and somatics intelligence. Since January 2016 she has introduced and developed movement-specific tools into her academic practice, whether in her seminars and workshops or in her supervision of PhD students.